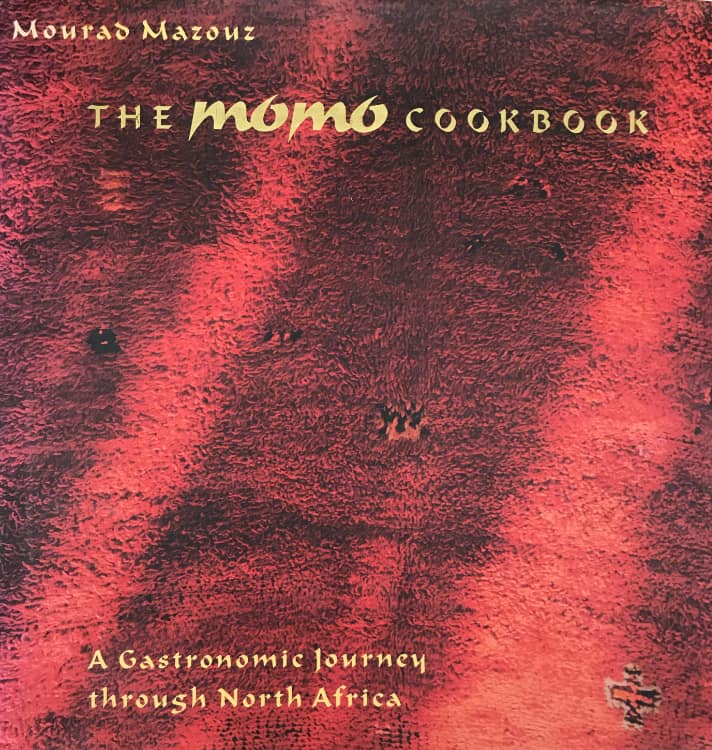 Momo, the restaurant, along with the likes of Moro, burst onto the London restaurant scene in the late nineties. While Moco was not the first North African restaurant to open in London, it was the one that introduced many of the trendy set to the delights of Moroccan, Algerian and Tunisian food. The restaurant was followed by other eateries, and along with a rush of Moroccan and North African cookery books, has help make that style of food more mainstream. In Momo Cookbook, Mourad Mazouz takes both the dishes of the Maghreb, being Morocco, Algeria, and Tunisia, and the recipes of the Momo that made it famous, bringing them together in a cookery book that captures the essence of North African food.

The book firstly takes you through the culture and ingredients that make up the food of the area. Being brought up in Australia, and living between there and Great Britain, I have little exposure to North African culture, so I found the introduction to culture and traditions of the area interesting. I understood there were gastronomic delights aplenty from the region, but adding the traditions allows me to understand why dishes evolved.

The recipes are divided by country. While relatively close to each other, the nature and history has led to the food in each country taking on their own unique style. Food from Morocco was influenced by the Berbers, the Bedouins, the Moors and the Africans, whom have all left their mark. Tunisia has been influenced by the Arabs, then the Ottomans and finally the French. It gives the food a different slant to that of Morocco, with a strong Turkish and French style. Algeria, contre to popular believe, has its own style of food. It has drawn its style from the Turks, but with its close proximity to the Mediterranean, it has taken influences from there.

The recipes are laid out in a way that are easy to follow. The style of cooking is simple to prepare. Each chapter starts with an introduction to the cooking style of the area and then the recipes are presented. There is additional information on special dishes, as with couscous or tchaktchouka. Additionally, there is a chapter on spices that covers everything from Absinthe to Wild Mint, with their Arab names. Very handy if you are in your local North African food shop in search for ingredients.

If you have ever wanted to cook a Targine, there are twelve recipes in the book, or Couscous, of which there are ten recipes, then this book is a worthwhile investment. There are plenty of recipes that are easy to prepare and taste divine.