A Chef in Provence by Édouard Loubet 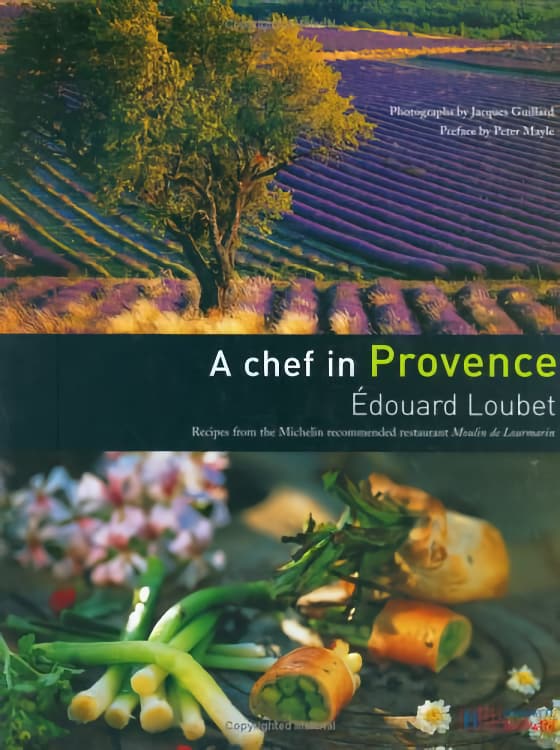 A Chef in Provence, a book written by Édouard Loubet, is a book that I love but get annoyed at all at once. The thing that most annoys me about this book is the forward. It is meant to set the tone of the book, but it is too brash and trumpet blowing. Though, while the diatribe is a bit over the top, but let me also state I like what he does best, been able to cook and create wonderful dishes. He is, after all, one of the leaders of the new wave of French chefs, marrying global influences with the best of traditional cuisine.

OK, I did lampoon Édouard a bit in the previous paragraph, but I believe the best chefs are the understated masters, who's food speaks for itself. I am sure he is less vocal about himself than volumes found in the forward, and reading past the introduction and through the recipes shows his food is wonderfully capable to speak for itself.

So what has he go install for the reader? Well, he will not disappoint the traditionalist with dishes such as Seared Pigeon and Whey flavoured with Rocket or Rack of Lamb, smoked with Wild Thyme and My Grandmother's Gratin. Going towards the modern, Édouard presents dishes such as Barigoule of Violet Artichokes and Mousseline of Sea Squirts with a hint of Wax and Sunflower hearts with Sweet Vinaigrette, Grated Potato Fritters and Chanterelles with Lovage Gazpacho. These are just four of the eighty recipes presented in this lovely cookbook. Throughout, you see the emphasis been put on the best ingredients the season has to offer. Édouard has succeeded in the highly competitive world of French cuisine with his passion for good ingredients, and this book is one of the best ways to see it being brought out.