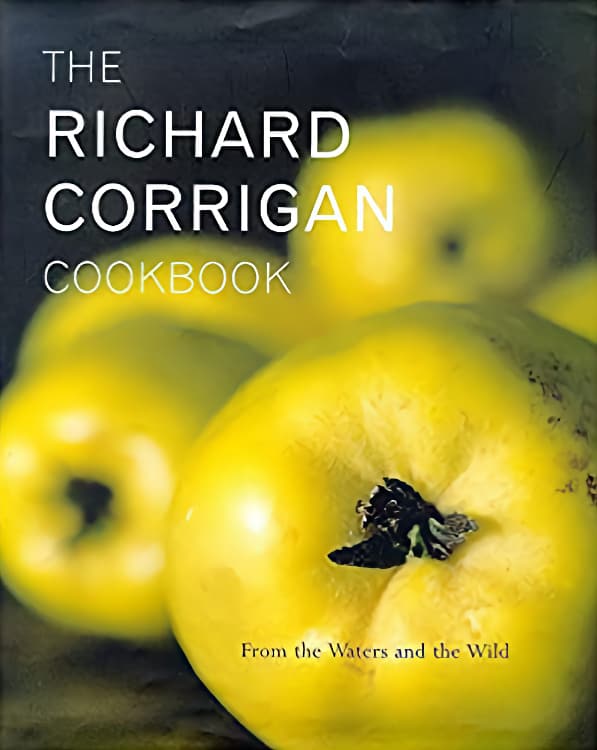 Richard Corrigan is one of those television chefs that is highly regarded. While he doesn't have series after series, he has a wide following. He is, in fact, better known for the food that his restaurant serves than his TV appearences, which has more than likely saved him from being over-hyped by the media machine.

Richard's upbringing was on a small farm in Ireland. Life was quite tough, but it gave him a keen understanding of where food came from and the seasons. He left school when 14, and got a job at the Kirwan Arms, the local restaurant owned by Sean and Rita Kirwan, under head chef Ray Vaughan. It was under Ray that Richard developed his passion for food, and was lucky to work in a kitchen that wanted to serve good local food and local seasonal ingredients. Even today, this is the basis we see in his food. As he states, "My approach to food is quite simple... You could call it farmhouse coking with a touch of Cordon Bleu."

The Introduction takes you through his life as a young boy and on to his life as a chef. It allows the reader to understand Richard Corrigan, the person. Next, the seasons are presented in four chapters. First up is Spring. The chapter starts with a list of ingredients that are in season. Then we have the recipes. The same format is used for Summer, Autumn and Winter.

To give you a taster, here are some recipes that caught my eye: Skate jelly with aubergine and pepper compote, Mackerel with sweet potato and lime pickle, Stephen Bull's rump steak burgers, Crisp-fried crubeens with tartare sauce or Lentil and Wild Rabbit soup from the savoury selections. Almond macaroons with mascarpone mousse and strawberries, Apple and cobnut crumble, Hot chocolate cake with Babyuls syrup are just three of the dessert recipes in the book.

This book is great for those who love true seasonable cookery and to cooks who wish to learn just how good food can be from this part of the world (which it seems that many of us need reminding) but I have to conclude this is not a book for vegeterains even though it does include many delicious vegetable side dishes and desserts.