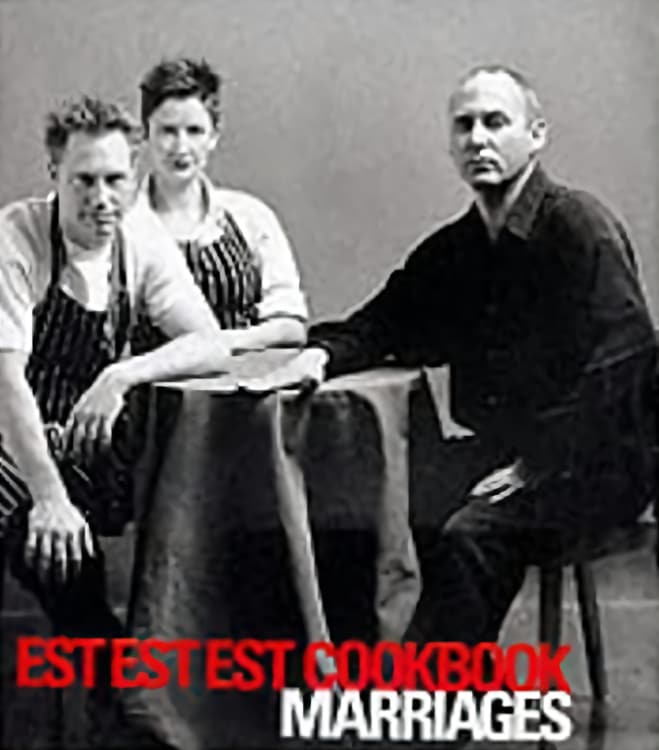 This is one of the most beautifully presented cook books from an Australian restuarant in years. It has been written by the husband and wife team, Donvan Cook and Philipa Sibley-Cooke. Donvan Cooke was born in Cornwall. He has worked for some of the top resturants and chefs in London including Michel Roux and Marco Pierre White. Philapa is from Melbourne, came to London and worked for Quagalinis and then Marco Piere White at the Canteen. (This is were she met Donvan and the pair were married in 1994). Donvan moved to Melbourne with Philapa where they soon joined a former work colegue from France in his first restuarant Est Est Est. Donvan and Philapa bring recipes from the kitchens of their award winning Melbourne resturarnt to the reader.

Donvan and Philapa bring the recipes of their award winning Melbourne resturarnt to the reader. The recipes are seperated into seasons and are clearly laid out with large colourful photographs bringing the dishes to life. The ingredients and method are clear to follow, allowing you to prepare the most complicated dishes in your home with confidence. Donvan and Philapa take the best of Australian produce and combine it with a classical French style with a twist. Recipes include Ravioli of Blue Cheese on a salad of Celery, Apple and Witlof with a Walnut Vinaigrette and Sable of Pears and Raspberries.

This book is a brilliant book for the accomplished chef who is always looking for new ideas and for those cooks that like to prepare stunning looking dishes.