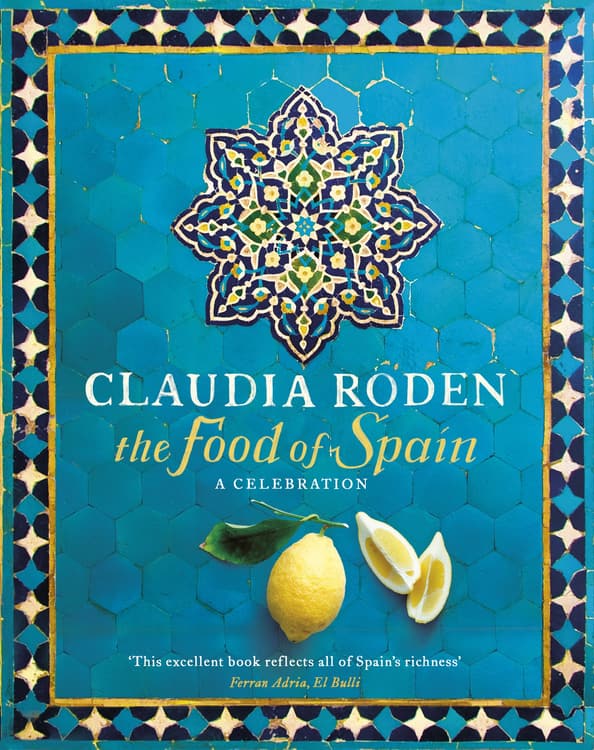 If there has ever been a food writer that has captured the essence of Mediterranean food and ingredients then it has to be Claudia Roden. While there are many book that bring authentic Spanish dishes, Claudia is the one author that has brought us wonderfully presented recipes that are a true insight into the region’s food. So we are very glad to see she has added to her collection of cookery books with The Food of Spain, a book that once again captures the very nature of food and cooking in Spain with such passion.

Given that Spain has had many influences on its food, from the Celts, Romans, Moors and Jews, there is no wonder that it is so diverse. In addition, given that a subsistence way of living was the norm in Spain until the middle of the 20th century, and we can see why food still has strong regional identity, almost down to the separate villages having differences in style.

In the first part of the book, Claudia presents the history and cultural aspects of Spanish food, then takes us on a tour of the regions, were we learn how each region and its ingredients have influenced food found there. We are then introduced to the ingredients, utensils and techniques and finally, we are presented with the beautifully written recipes. As you can guess, this is no light weight work, for it stretches to some 500 odd pages, interlaces with gorgeous photos and personal memories that bring the book to life.

While there are so many recipes to be found throughout the book, I do find some of the simple peasant dishes, as in Sopa de Picadillo (Clear Broth with Ham and Chopped Eggs) or Fabada (Beans with Cured Pork and Sausages) to be as impressive as the more cultured recipes, as in Becada Asada al Brandy (Roast Woodcock with Brandy.) Of course, there are the dishes with oranges in them, as in Flan de Naranja (Orange Flan.)

So, there is no doubt that Food of Spain will join Claudia Roden’s other books are the source of truth when it comes to Spanish food. Her family connections to Spain and the Spanish way of life, through her Grandmother, gave her a natural curiosity to the country and its food, and her culinary skills allowed her to capture its true essence.