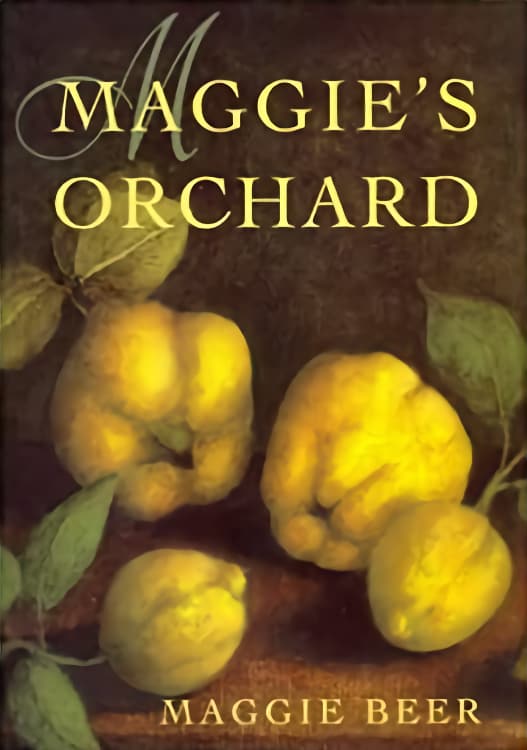 As any Australian will tell you, Maggie Beer has become a cooking institution. The legend started 1973 when she moved with her husband to the Borossa Valley in South Australia. There, she first started a pheasant farm and then opened the Pheasant Farm Restaurant. From those humble beginnings, Maggie and the restaurant grew in stature, and while she has given up the restaurant, Maggie's endeavours have continued as she sells her uniquely Australian produce to the rest of the world.

While she plans to conquers the World, Maggie still had time to write her second book, Maggie's Orchard. With in, Maggie has brought not only a lovely set of recipes, but also a glimpse into her world. From the endearing trip through her kitchen garden to the passion she has for the ingredients she brings us, her commentary paints in brilliant colours and tastes that shows a true love of cookery.

So, as I have already alluded to the first chapter is the Kitchen Garden. Within, Maggie relates her successes and failures in establishing her garden, from the planting of three different varieties of Lemon through to the lack of rain tha devestated it. Next, we start in ernest, with the book being divided up into 48 ingredients within four chapters, which Maggie either grows or sources from Australian producers. The chapters are seasonal, being Summer, Autumn, Winter and Spring.

Summer covers Anchovies, Basil, Capers, Capsicums, Cherries, Chicken, Chokos, Currents, Nectarines, Passionfruit, Plums, Rock Lobster, Tomatoes and Zucchini. Anchovies, being a favorite ingredient of mine and being the first listed, is introduced to the reader that both whets the appitite and gently extends their knowledge about these salty little fish. Additionally, the recipes are diverse, as in Saskia's Beef Fillets with Anchovy and Herb Stuffing or Michael Brody's Bagna Cauda. The recipes are just as diverse for the rest of the ingredients. Each chapter is full of wonderful anadotes about the ingredients, what to look for in them and some of the special people producing them.

While many Australians know Maggie for her recent TV apperances, her books are something special. Maggie's Orchard works because it written with the passion that she has for the ingredients and food she works with.