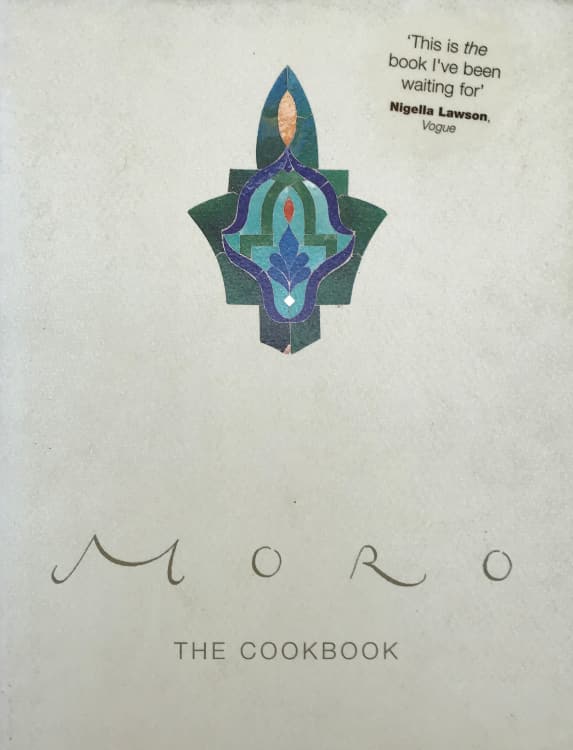 Moro, The Cookbook, written by Sam and Sam Clark, takes its inspiration and its theme from the Moro, the restaurant Sam and Sam own, which serves the Arab influenced Spanish food that is Moorish in style. They worked and developed the food knowledge at the famous River Café in London, and developed their passion for the exotic food of the Moors while traveling through Spain and Morocco to the Sahara on their honeymoon. The book is one that brings out their passion for the style of cooking that has won their restaurant numerous accolades.

The thing for me that brings out the love they have for food is the section on Bread. Instead of rushing into bread recipes, they first introduce the way of making Sourdough, the chemistry and science behind it and the making of a Sourdough Starter. I like making beard, so I found those pages fascinating.

As they say, bread alone make not the meal, so it is true about this book. Apart from the Bread Chapter, there are chapters on: Tapas and Mezze, Soups, Fish Starters, Meat Starters, Vegetable Starters, Rices, Fish Main Courses, Meat Main Courses, Vegetables, Sauces and Dressings and Puddings. Additionally, there is a Suppliers Index for our British Readers.

The recipes, which is the reason most of us buy cookbooks, are clearly laid out, with an introduction for most recipes. It provides an insight to the recipe's existence and a little knowledge of why and where the recipe comes from.