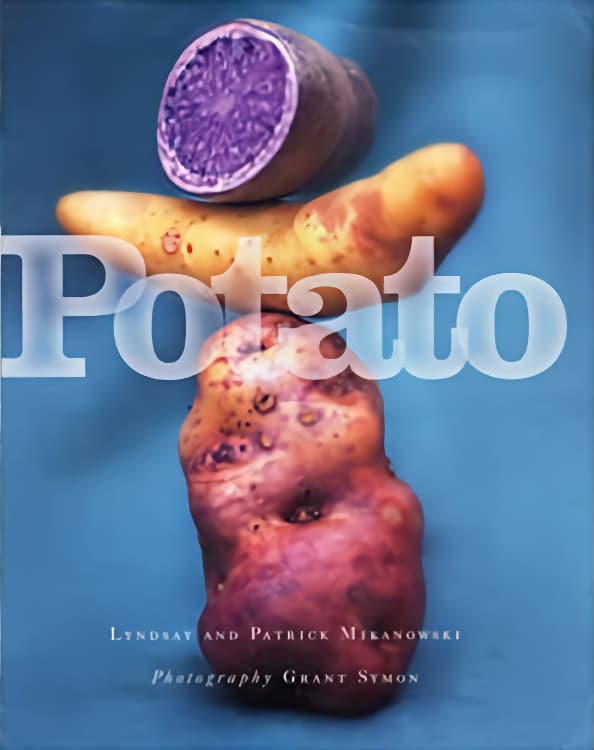 Where would we be without Potatoes? If you are like me, potatoes are a staple part of your diet. I love the varieties that are available, from Maris Pipers for baking to Désirée to simply boil and eat with butter. I have even been to strange masonic-like meetings where the rare varieties are sold, and I love the fact that it is now easier then ever to buy these rare varieties, in farmers markets and better supermarkets. The thing about potatoes are they do taste different, each one working its magic on the dish as a whole. I must admit, though, I don't know enough about them.

In Lyndsay and Patrick Mikanoswki's book, Potato, not only do you get over 50 potato recipes, you also have a great introduction to the Potato's history and how it became a staple in almost every country of the world. In addition, there is a chapter titled 'The Potato Garden', which has information on growing your own crop.

So, as I said above, the book has over fifty recipes. They range from the simple to the more complex. Take Charlotte Potatoes in Salt Crust, a recipe by Alain Passard. My mouth waters at the thought of it, a crunchy skin, hot and delicious. More complex are Heston Blumenthal's Big Chips Hint of Hay, which is a simple idea, but is far more than making chips. In it, he uses hay to provide a smoky aroma. Only Heston could come up with such an idea. Ferràn Adrià couldn't be outdone, and he has written a potato recipe call Sweetened Potato Purée with Vanilla.

For the recipe ideas alone, this book is great read. Added to it the history and other data about potatoes, and the chapter on growing them, you can't go wrong.