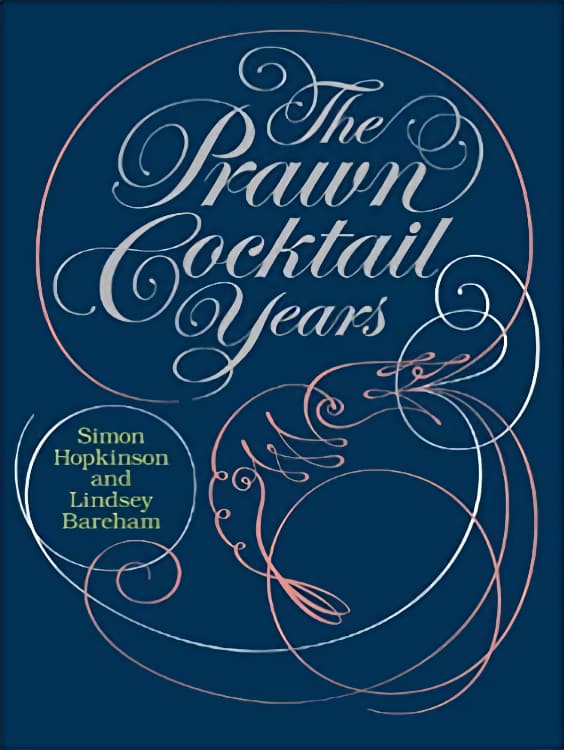 Prawn Cocktails, to the uninitiated, are a treat waiting to happen. I remember parties at the local RSL, where the buffet had the omnipresent prawns hanging over the side of the wine glass, their non-seeing eyes staring vacantly into nothingness, surrounding the Sauce Maryrose as vigilant sentries, all sitting on a bed of lettuce. I swear I still have bruises from little old ladies fighting their way to the buffet, using their elbows as deadly weapons, as they may sure they got the best picking of those delectable morsels. This is the memories of sophisticated food, as I understood it in the seventies.

Times have moved on from the period of the Prawn Cocktail Party, but many of us have fond memories of such food as Chicken Maryland, Fondues, Tabhoulee and Pita Bread, Swedish Meatballs and the Prawn Cocktail, itself. These great advances were promoted by such luminaries as Fanny Craddock and The Galloping Gourmet, and when first seen, they must have been as exciting as the discovery of Thai food to a generation later. So, discovering these almost forgotten gems was a joy. The Prawn Cocktail Years has brought back the cuisine that was distinctive in style and taste.

On opening the book, we are immediately presented with a menu of Prawn Cocktail, Stake Garni and Chips and Black Forest Gâteau. I remember my Mother and Father going out for this very meal, generally at the Black Stump Restaurant, a now faded gastronomic outpost Down-under. That menu alone has already had hooked me, so I dived into the book, ready to rekindle memories of food that I had long forgotten.

Simon Hopkinson and Lindsey Bareham has captured the nature of food that I remember as a boy, firstly at my Grandmother's hotel in the sixties, and at restaurants in the seventies and early eighties. The book thats us on a journey from The fifties hotel dining room, The gentleman's club, The continental restaurant, Expresso bongo, The sixties bistro, The tratt-era and, finally, to Chez gourmet. The introduction to each chapter will make you smile with fond memories of meals long-ago; while you will cringe at how you could have considered restaurant like that as sophisticated.

Finally, lets look at some of the treats in The Prawn Cocktail Years. They are Sole Véronique, Stuffed Vine Leaves, Lobster Bisque, Beef Wellingtons, Escargots à la Bourguignonne, Spotted Dick and Oranges in Caramel. That's a small sample from the numerous ones present within the book. All left to say is that if you never have experienced the food found in Simon Hopkinson and Lindsey Bareham book, you are in for a real treat. If you lived through it, then this book will bring back lots of foodie memories, mostly good.