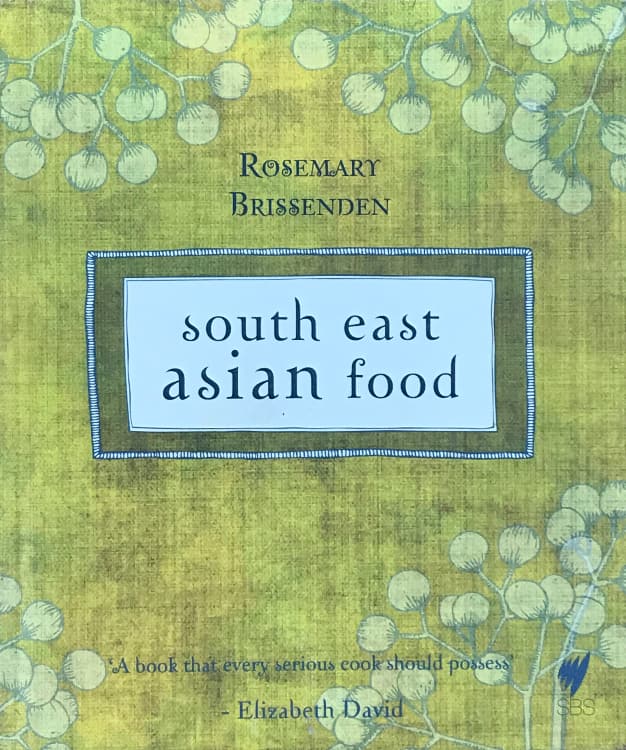 When first released, South East Asian Food was more a book of wonders, being full of strange sounding named recipes from far off places. These days, with those conveyor-belt style eateries producing often bland interpretations for classic Asian dishes, one could feel the magic of South East Asian Food is just as remote. This is where Rosemary Brissenden's classic cookery book is able to rescue us from the culinary abyss.

We mustn't underestimate the importance that Rosemary has played in introducing Australia and England to the flavours and tastes of South East Asian dishes. Along with Elizabeth David and Alan Davidson, Rosemary's book broke down the culinary barriers that existed in anglo-saxon countries. Maybe it was because she was brought up in the South Pacific or her trip to Indonesia while studying at Melbourne University that she developed a taste for the exotic Asian recipes. Luckily for us she had such, and while at the National University in Canberra, she wrote a South East Asian cookery column for the Australian, and from there she went on to publishing her iconic book in 1969.

The book is broken into two main sections. The first covers: How To Use This Book, Introduction, Utensils, Cooking Methods & Techniques, Ingredients and a Chart of Ingredients. This allows us to feel comfortable with the cooking techniques used in the recipes and understand the ingredients being used. The second section is divided into the countries of: Indonesia, Malaysia and Singapore, Thailand, Laos, Cambodia and Vietnam. Also, Rosemary throws in a Few Desserts in this section.

While lacking the glossy photos and eye candy of many modern cookery books, this book stands head and shoulders above the coffee table cookbooks. It is a valuable reference for any serious foodie who wants to learn authentic Asian cuisine. Not only are the recipes presented in a clear and understandable manner, most give additional information to add to your knowledge of the dish.

South East Asian Food by Rosemary Brissenden is one of those iconic books no serious foodie should be without. It contains authentic recipes from the region, it has a great introduction to the subject and is still held up as the quintessential reference for any serious cook and chef. If you want to discover real tastes of South East Asia, then this is one book you need in your collection.