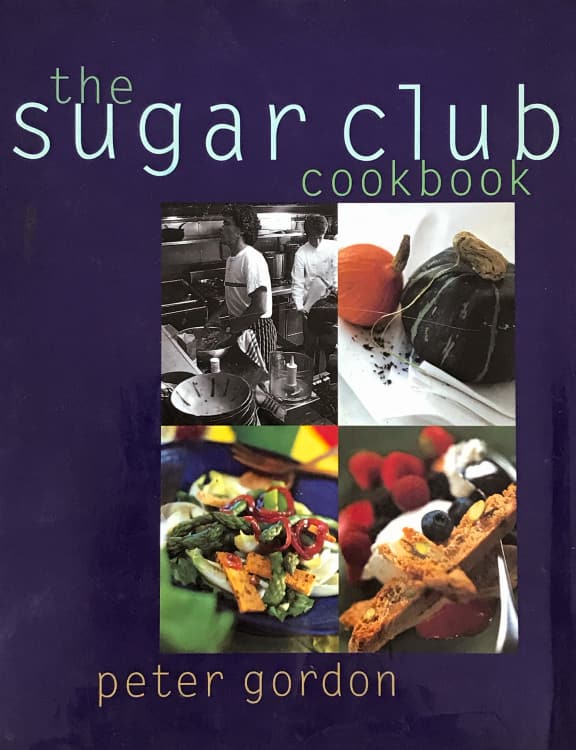 Peter Gordon is one of my favourite chefs, and after dining at The Sugar Club (many years ago now) I was sold. The food was imaginative, fresh, tasty and unpretentious, something that was very hard to find during the mid-ninties in London. His reputation has gone from strength to strength and I like to think that he was the inspiration to many young turks that followed in his footsteps.

Peter Gordon's passion for food began at a young age, growing up in New Zealand with a grandmother who grew her own vegetables, cooked with freshly collected seaweed, used flowers in salads and made soups and stews from cheap cuts of meat. While it sounds hippy, Peter was lucky, as these fresh ingredients must have set the stage for his future career. When he was a young man he took himself to Melbourne, a city with a rich ethnic mix and a established restaurant culture. It was there where he did his chef's apprenticeship, and was able to dine out regularly on the diverse cuisine the city has to offer. He furthered his education through extensive travels through East-Asia, India and Nepal. This developed into his fusion style of cooking, called 'East meets West'.

In 1985 he became head chef of the original Sugar Club in Wellington, New Zealand. It was a highly successful restaurant that encouraged Peter and his partners to relocate to London. In 1995 The Sugar Club opened in Notting Hill and soon received rave reviews. In 1999 Gordon parted from The Sugar Club and now runs the Providores and Tapa Room in London, along with a restaurant in Auckland.

Peter Gordon cookery style is sometimes called the "Magpie approach", mixing and matching textures and tastes from the East and West. He takes a simple approach it either works or it doesn't. The result is amazing food, with plenty of flavours, colours and textures. The Sugar Club is an approachable restaurant cookbook with dishes that are simple to prepare and quick to make. Recipes are easy to follow and are accompanied by fab photos to whet the appetite. Recipes include: Deep-Fried Skate Wing with Smoked Paprika Aioli, Grilled Cinnamon Quail on Roast Carrot and Ginger Salad with Pomegranate and Chocolate and Star Anis Mousse Cake. The Sugar Club Cookbook is a great introduction to Pacific Rim Cookery Style, and Peter Gordon makes the whole process come alive.