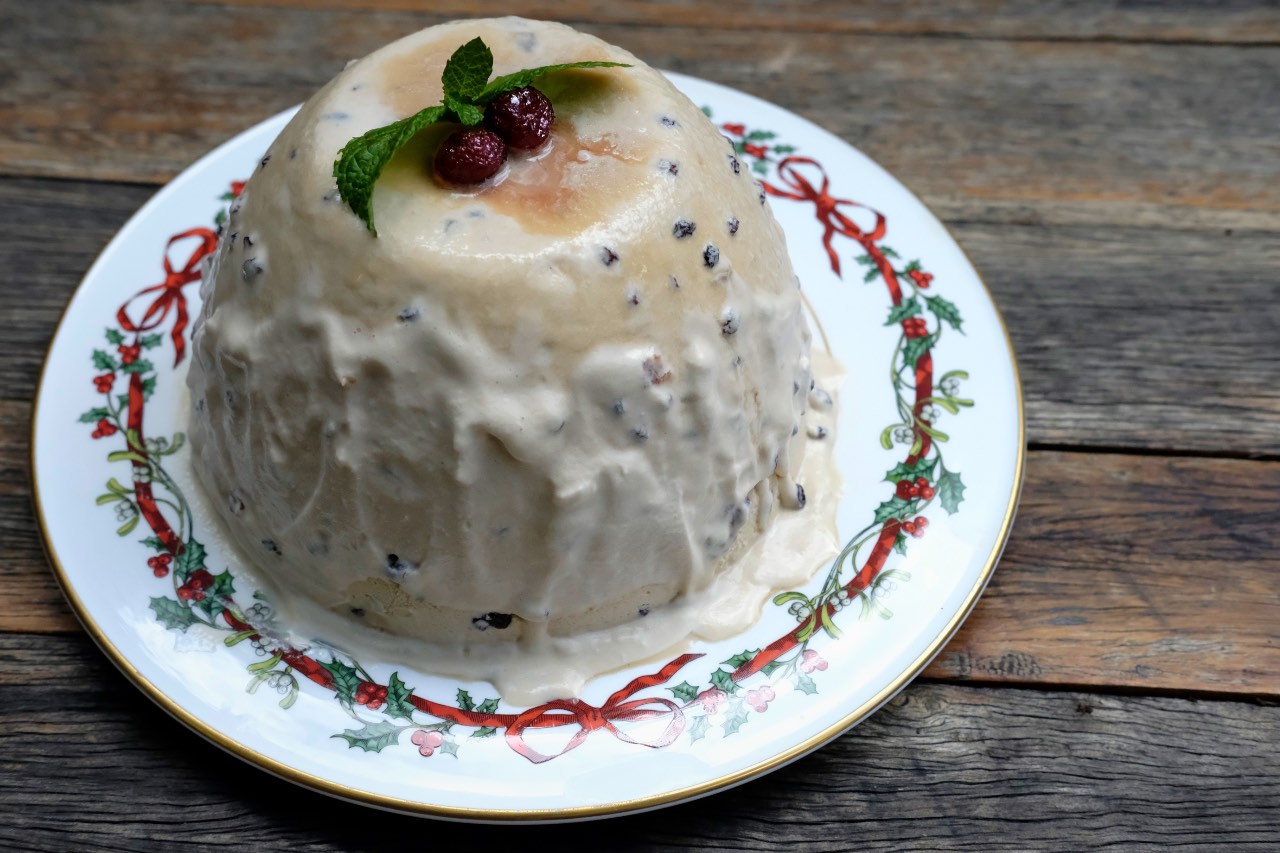 Ice-cream at the end of a rich Christmas meal makes a refreshing change and the ingredients in the traditional Christmas pudding make a scrumptious and colourful ice-cream. In this recipe I use a pudding mould but for individual puddings dariole moulds work brilliantly.