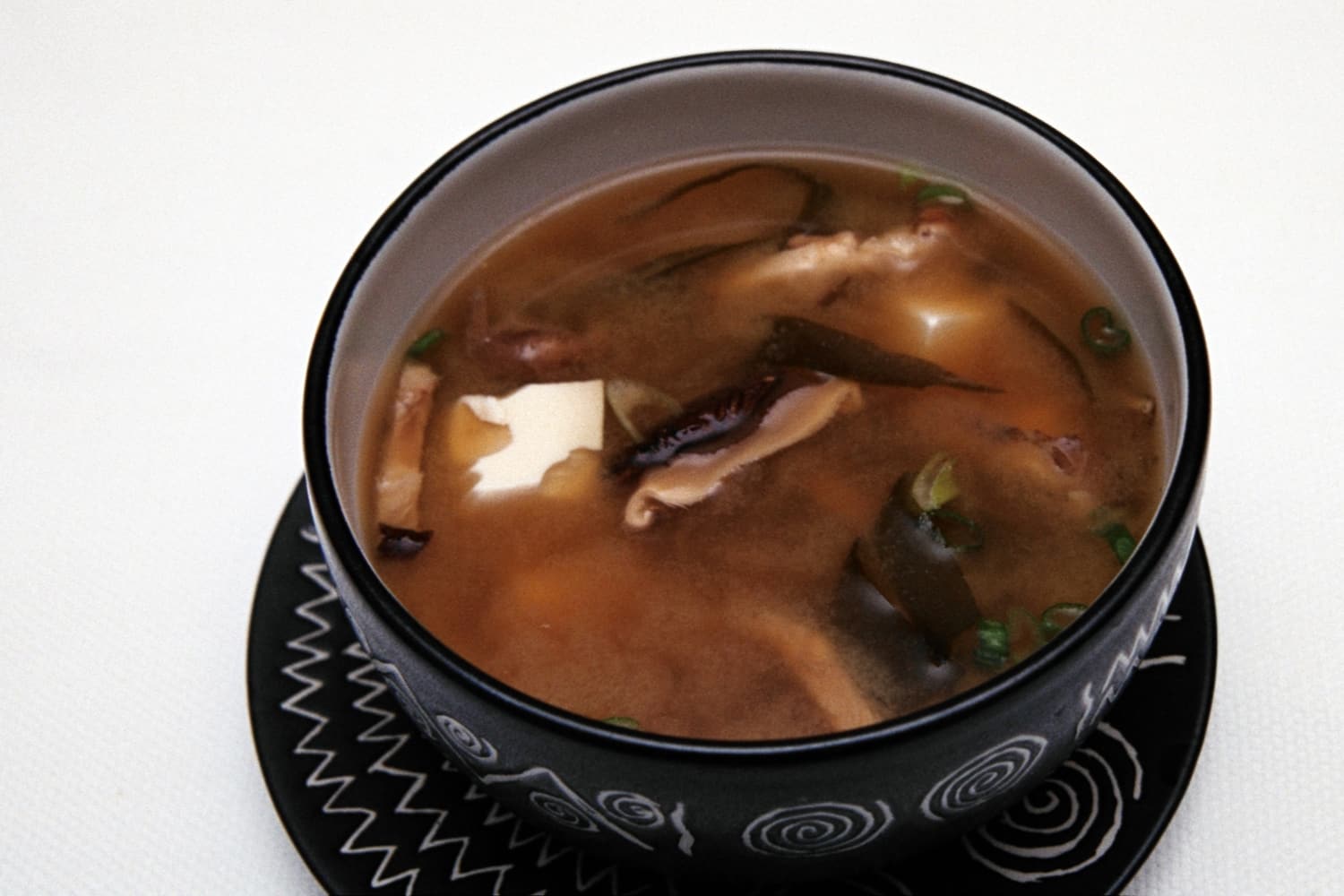 Anyone who eats Japanese food regularly will most probably be familiar with miso soup. Miso soup is consumed for breakfast and is also often part of lunch and dinner accompanied with rice and pickles. Miso soup has a cloudy texture and is mildly aromatic and accompanies most simple Japanese meals.

The colour and flavour of the miso soup varies according to the type of miso and other ingredients that are added to the soup in this recipe. I use a mixture of red and white for a strong flavour but for a milder version simply use white miso. Tofu is the most common accompaniment to miso soup but other ingredients vary according to the time of year and what is available some common additions are wakame, bok choy, mushrooms and even seafood.

It is important when preparing the soup to make sure it doesn't boil with the miso as this will ruin the cloudy texture of the soup.