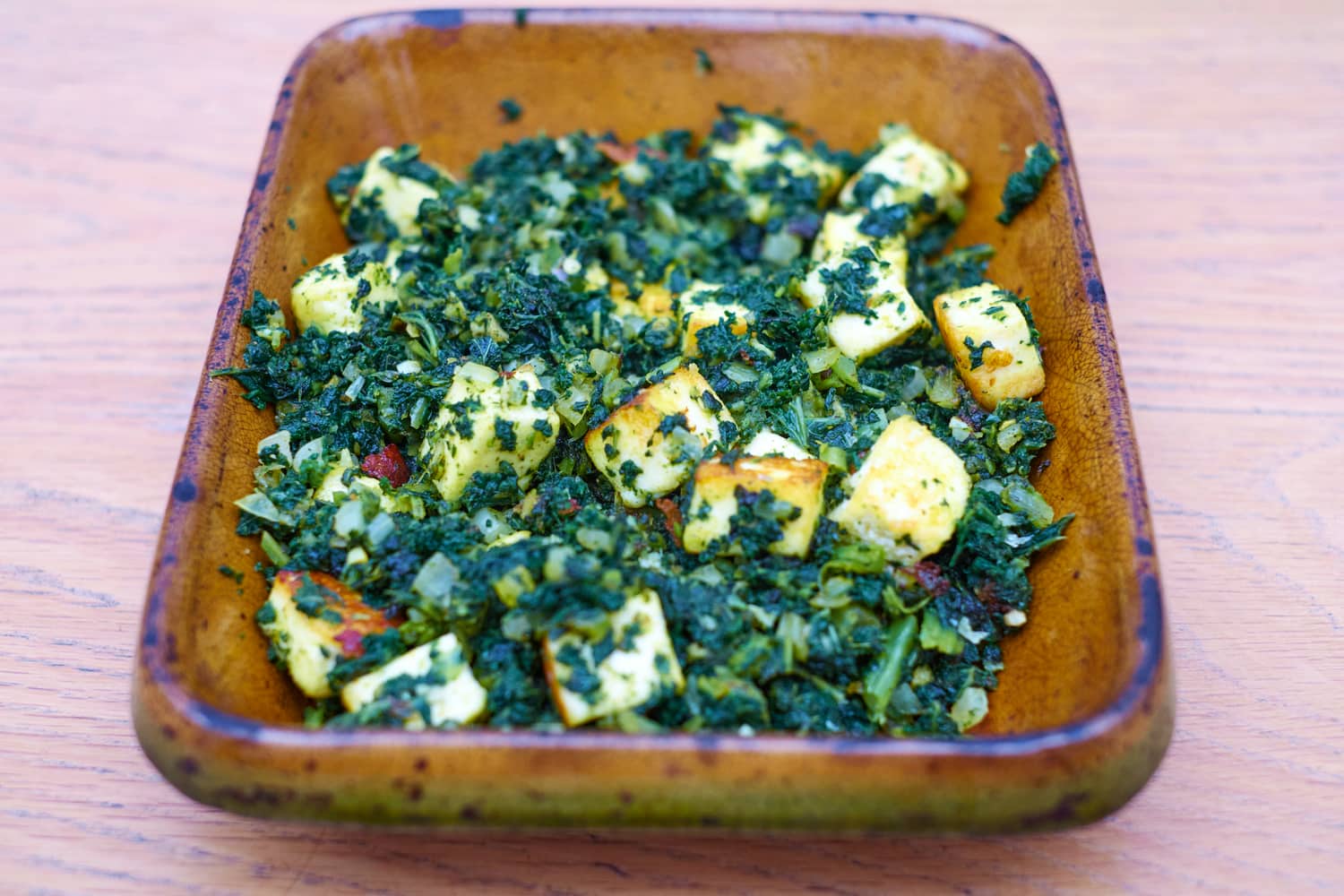 An adaption of the traditional saag paneer, kale makes a nice change with plenty of texture and flavour. Those who make their own saag paneer will tell you that the homemade version is far tastier than the wet and soggy one often served in restaurants. The restaurant version are often made with canned spinach and taste as nice as it sounds. (The worse saag paneer I ever had was made with processed sliced cheese instead of paneer and the business still insisted it was the real thing.)